Ruggero Tita is the sailor from Trentino, and an Enervit athlete, who put Italy back on top of the sailing podium after more than 20 years (since the last time in Sydney) with his recent Olympic gold medal in Tokyo 2020. But the Olympic medal is only the last piece in a mosaic built from experience and dedication. His palmarès are the result of blending mental prowess (that of a computer engineer) with attention to detail: from physical and technical preparation to nutrition and supplementation before, during, and after training and racing. 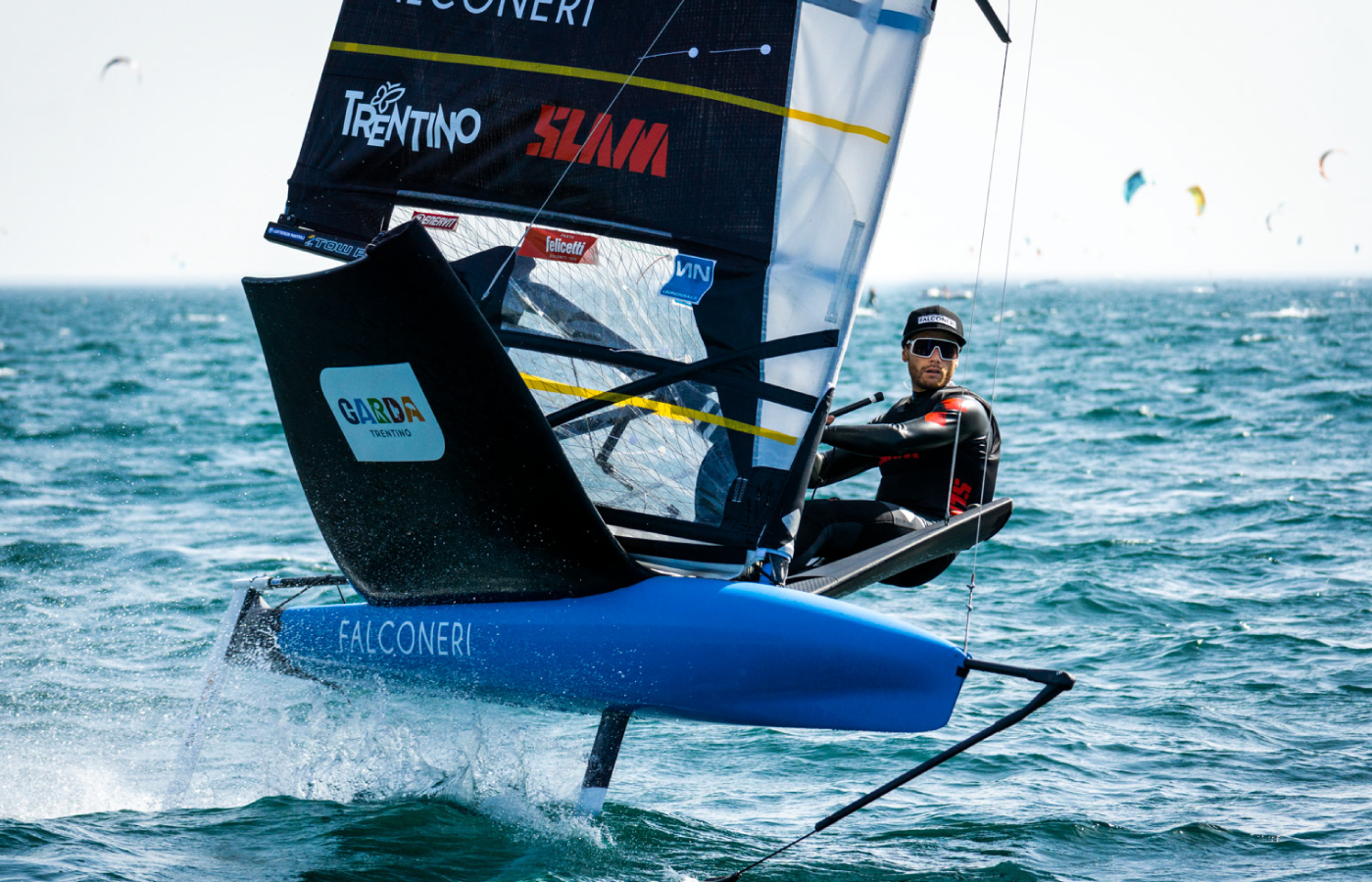 We met with him a few days ago in Cagliari, just before the start of one of his training days, and we asked him to tell us about his habits (nutritional and otherwise), rituals, and anecdotes from the fascinating world of sailing, which he entered as a child and where every detail makes a difference.

You are an atypical Trentino, there isn’t a water sport you haven’t tried. Where did your passion for water come from?

Like all people from Trentino, I started doing sports on skis, but after a few years I fell in love with sailing. That's when I discovered I had a passion for water sports. Near my hometown (Rovereto ed.) there is Lake Caldonazzo. My parents often took me there because they wanted me to be outdoors. So, for fun, they enrolled me in a sailing course. It was also a good way for me to discover the concept of freedom, which for a 7- or 8-year-old is something big.

Then, at the age of 12, I had to make my first choice: to decide whether to train on skis even in the summer or to go sailing even in the winter – I had to decide to focus on one discipline. I threw myself into sailing; the lure was too strong. So, I convinced my parents to take me to Lake Garda twice a week and on weekends to train at my best. A year later I won the Italian Youth Championship, and from there, I began to dream of an Olympic medal. In London 2012 I didn't make it, but I did in Rio 2016 in the men's doubles, and in Tokyo 2020 in the mixed doubles with a foil boat.

How much does weight affect your sport and how do you manage any fluctuations during the year?

Normally my weight is around 70 kg, but I have to be able to adapt according to the regatta I’m participating in. My job on the boat is not only to steer it, but also to act as a counterweight. There are races where I have to weigh a bit more and races where I can stay a bit below my competition weight – it always depends on the wind that’s in the location where I am racing. Weight fluctuations are physiological throughout the year – for some people managing them can be stressful, but not for me, because it’s one of the factors to take into account in my sport.

How do you manage nutrition and supplementation during racing?

My days start with a light breakfast around 7 a.m. I usually race from 1 p.m. until sunset and the boat goes into the water from midday. So around 10 o'clock I eat some rice or pasta. Since I’ve also been able to benefit from the experience of the Enervit team, we’ve precisely defined how and what to take during the race.

The excitement before the start, for example, often put my stomach in knots, but the inclusion of Pre Sport helped me a lot. Within a competition there are several sessions, each lasting 25 minutes. In between sessions I eat a carbohydrate-rich, low-fat energy bar. On race day I take magnesium and potassium, one sachet in the morning and a couple in the following hours. While I'm competing, however, I do well with 1 Isotonic Gel or Liquid Gel, depending on the situation. After the race, within thirty minutes of finishing, I take a Recovery Drink and a protein bar to optimise energy and muscle recovery. In training it's slightly different, but in principle I maintain the race strategy, because the hours are long anyway. I usually train in hot places like Sardinia or Sicily and my alarm clock is always around 7 a.m. I have a mini breakfast before starting my session of a couple of hours in the gym, where I focus on mass work, core stabilisation, proprioception, and cardio exercises on the rowing machine. After that I have a second, larger breakfast. At this stage I take Omega-3s to promote mental clarity. After breakfast, the part dedicated to preparing the boat before entering the water begins. Basically, it works a bit like Formula 1, where you prepare a set-up and test it on the track, then go back to the pits, make a few changes, and try a different set-up.

What are the benefits you've experienced with the support of Enervit supplementation?

Finding the right alchemy between the supplementation in racing and in training has allowed me to push a little harder at a physical level. This is something I’ve noticed not only during racing, with muscle reactivity, but also in training, both in the water and in the gym. I have realised that nutrition and supplementation have naturally entered my daily routine, and have become good, healthy habits that enrich my experience.