Proudly decked out in Italy’s Azzurre jerseys, both the young recruits and the "senior" athletes inspired us to dream at the UCI Track World Championships in France. Italy placed second in the medal standings thanks to a strong showing, which included the grand finale by Elia Viviani, captain of the national team, who scored gold in the Elimination race against Britain's Corbin Strong. 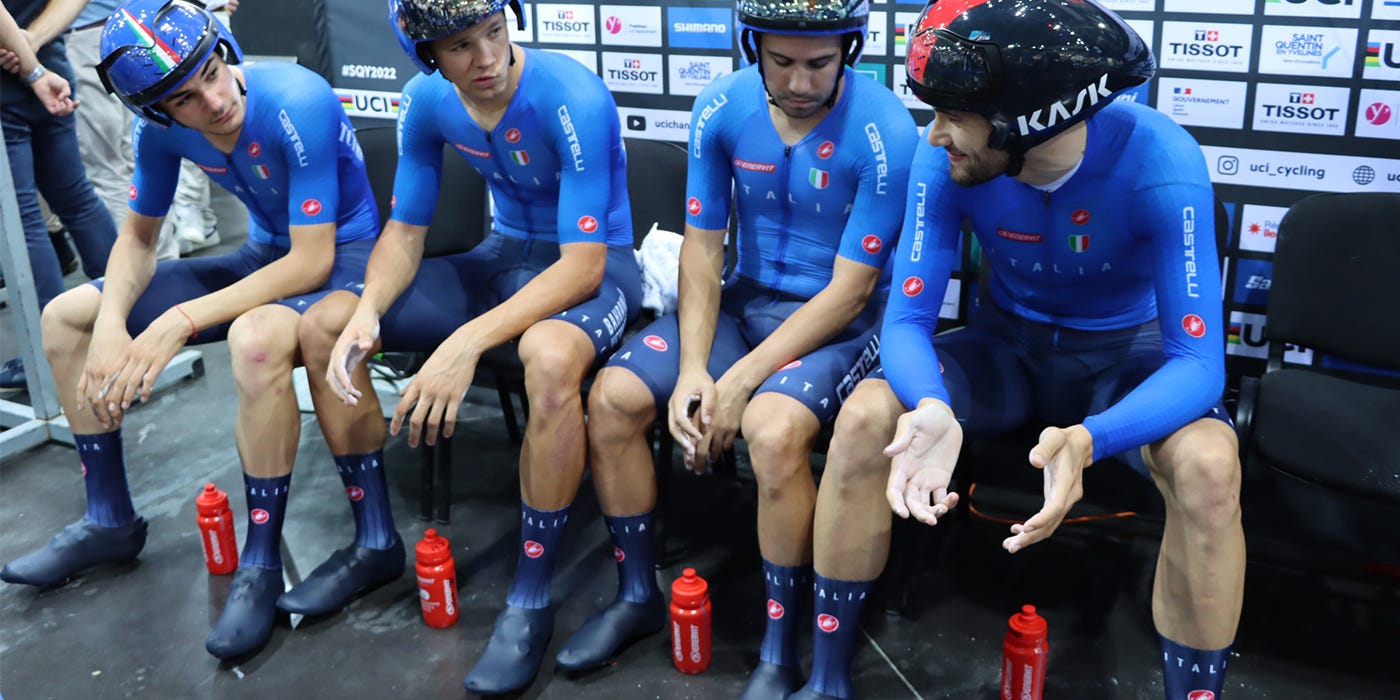 We cheered for the one-two punch landed by Filippo Ganna and Jonathan Milan, who claimed gold and silver respectively in the Men's Individual Pursuit. Ganna didn't just win, he took command by setting a new world hour record. His result further cements his place among the greats of international cycling. Adding to these results was the historic and spectacular gold won by the women's pursuit team of Elisa Balsamo, Vittoria Guazzini, Chiara Consonni, Martina Fidanza, and Martina Alzini who dominated Great Britain in the final and set a new Italian record. Martina Fidanza didn’t stop there. She peeled off her rivals one-by-one throughout 40 laps to emerge as the new world champion in the Scratch race.

We are prouder than ever to support the Azzurri (Italian national team) in their preparation and pursuit of these prestigious results, which they have chased every day with hard work, perseverance, and attention to every detail.